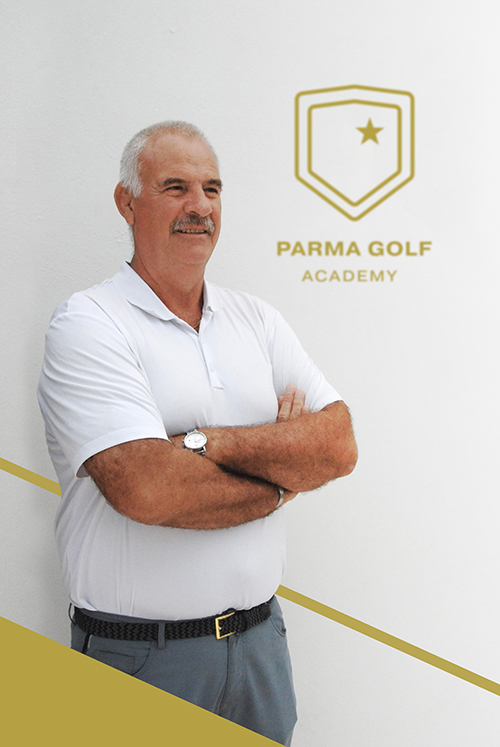 Fabrizio Sintich is related  to  Africa being born and bred there, developing his professional life in Italy.

As a youngster he goes to  Whitestone e Peterhouse College (Zimbabwe) and stands out as a sportsman in golf, cricket rugby and athletics.

He mores back to Italy and is picked for the Italian rugby team with which he tours different countries, finishes his studies in taking his degree in Physical Education  in Padova.

Becomes golf professional  in 1989. His first assignment is at Castel d’Aviano in the province of Pordenone: in the first year  1990 /91 is awarded  the “Seminatore d’Oro”, Federal prize for the club that distinguishes itself for the development of junior golf.

The year after becomes  Maestro Federale and in 1994 joins the Italian Ladies National team’s Staff, role that he will keep until 2008 during which distinguishes himself in the following palmares:

In  2013 becomes part of  team Golf BioDynamics, organization reknowed all over the world for 3D swing analysis.